In American culture, we tend to prize individual leadership, as illustrated by these examples: the self-made man, the hopes we put in one candidate to solve our problems, the entrepreneur with a new technology or solution, and the non-profit that comes into a community with an innovative project. In reality, any person who comes up with a new idea or initiative brings it into an existing community and/or system with many people, organizations, relationships, ideas, and dynamics already at play.

As someone who makes a living within what some call “the non-profit industrial complex,” I recognize how often the existing work and lived experience of people on the ground who know the situation best can be overlooked as the next wave of visions, strategies, and action plans gets rolled out in a community or system…with the best of intentions. I have worked with communities who have seen many initiatives and projects come and go, often led by the agenda of those with the grants rather than the desires and participation of those most affected.

The rise of participatory collaborative approaches and focus on equity is about switching from a focus on projects and individual leaders to a focus on building the capacity of a community and/or system to self-organize and strengthen the relationships among all those working for change. Instead of the “help from the outside” approach, (e.g., charitable and philanthropic projects,) investment goes to fund local capacity and initiatives that are suited to that particular environment, context, and culture. I’ve recently been inspired by the work of Catalyst for Peace, a foundation that funds grassroots peacebuilding work in Africa. Instead of the common philanthropy or development “outside in” approach, they focus on an “inside out” approach, as this quote from their web site highlights:

In this ‘outside-in’ approach, problem-solving resources and capacities are brought in or worse imposed from the outside and the locus of leadership stays at the national or even international level…. At Catalyst for Peace, we see local people and communities not as problems or as victims—but as leaders, peacebuilders, healers, and agents of change. We use our talents and resources to create space for local leaders and solutions to emerge. That means working in-depth, responsively, and over long periods of time, so that programming springs from locally defined needs and desires.

Sally Goerner and her co-authors in The New Science of Sustainability define “sustainable development” as a system of organized human effort that can maintain its own health and that of the environment forever (or thereabouts.) In the context of development and addressing poverty, the first goal of development is: “to create empowered individuals and groups linked in synergistic, learning relationships.”

They highlight Wangari Maathai, founder of the Green Belt Movement in Kenya and winner of the 2004 Nobel Peace Prize, who organized local women into “virtual circles of empowerment” to plant trees as a 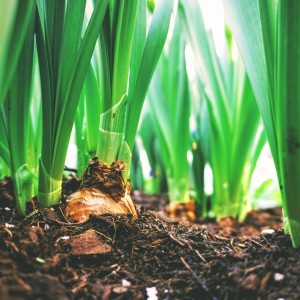 way of addressing deforestation and its affects on family life. Goerner et al. highlight why Maathai’s approach is a powerful way to build a local community’s well being for the long term:

“It organizes people and gives them the know-how and mutual support they need to take care of themselves, their families and communities in simple, sustainable ways. It creates networks of local empowerment by organizing local energy and harnessing local intelligence. It also embodies the distributed intelligence and local intricacy principles seen in the human body. Thus, decisions are made, not at 10,000 feet, but at the most immediate level possible and distributed across a community of committed, collaborative, connected citizens.”

Collaborative networks and cross-sector initiatives are focused on creating a fertile environment of connected citizens and organizations, such food policy councils that support more resilient food systems and accountable health coalitions focused on community-wide health. Again, this is about switching the frame from the project to the environment and context that supports many people’s work.

Tom Atlee of the Co-Intelligence Institute and Peggy Holman who studied the patterns of evolution and in particular, how human social systems evolve, helped me to appreciate this shift. Looking at evolution from single celled organism over billions of years to all the many species that exist today, they note that “whatever emerges becomes part of the environment for everything else. The myth of the rugged individual is visibly—perhaps even viscerally—a fallacy from this perspective. There is nothing that exists outside the influence of what already is. For any system to form and persist, it requires its own particular nurturing environment. For any system to develop or shift, it requires its own particular challenging environment.”

Atlee and Holman point out in their paper Evolutionary Dynamics and Social Systems: “Evolution turns out to be a dance between survival of the fittest and the nuanced and less acknowledged embrace—and co-creation—of nurturing contexts.”

The development of collaborative networks along with the collective capacity of communities and those working on similar work to self-organize and collaborate is an investment in the nurturing context to support survival and evolution.